The contents of these pages consist of a number of pieces I wrote on the AIDS epidemic dating back to 1981 with my first published piece on the epidemic appearing in a local gay paper, and entitled “Queer Cancer”. They are posted here in their original form with no editing except for a bit of formatting. My writing has improved somewhat in the past thirty years and my knowledge of HIV greatly expanded. However, the great void of the unknown around HIV in the early 1980’s allowed for considerable conjecture.

None of these articles should be read as scientifically accurate in every detail because they are not. They do reflect my knowledge and opinions of the medicine and politics of HIV/AIDS at the time they were written. The HIV prevention advice though has proven quite sound over the years. That advice can easily be summed up by saying: if you fuck wear a condom and if you shoot drugs don’t share the needles or syringes.

Many were published in the local Denver gay press. Compared to many other very astute writers on the epidemic particularly coming out of San Francisco and New York City at the time they are often pedestrian. Please read them as historical snapshots recorded through my own personal lens.

Much of the content of these pieces is colored by the fact that I am HIV positive myself testing so in 1985 and most likely infected in late 1980. The loss of many friends and lovers and work as a nurse in the city’s public AIDS clinic for 21years has also greatly informed my writings. 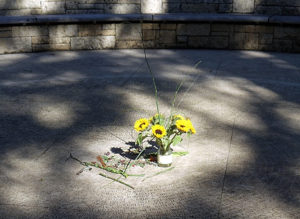