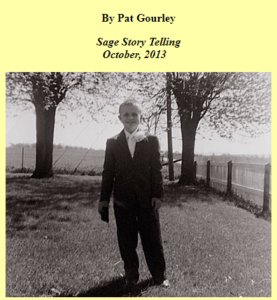 My goodness where to start? Perhaps Dan Savage has written the ultimate short three word letter for many of us: It gets better!

If I ever needed to hear that advice it was probably around the age of eleven or twelve. For several years around that time, the late 1950’s, I was really tormented with the whole concept of sin and that I was certainly going to hell for being the major league transgressor I was sure that I was. My weekly confessions to the local parish priest were affairs I would agonize endlessly over for hours. I often felt they were not complete and that I had left some major heinous sin out of the litany for that week.

One might think this had to do with newly discovered joy of masturbation but I was nowhere near that, not for a few years yet, I was a late bloomer really. No it was more a vague persistent ennui, a sense that I was not quite right but different from my peers in not a good Catholic way. I distinctly remember around that time hearing or perhaps being called “queer” and looking this up in the dictionary. The definition given was “odd” and when I decided this was a great word to hurtle at my numerous siblings and cousins I was reprimanded soundly by my mother to not use that word because it could mean something besides “odd” though I was never provided with other meanings until several years later.

There was never much overt bulling in my Catholic School. The nuns were very good at enforcing order and beside they and our other non-clergy instructors were too busy enforcing a much more insidious and blanketed psychological form of bullying under the guise of shaping and forming the minds of young Catholic citizens.

Because of this nagging worry and guilt that my confessions did not include every sin committed I would often not take Sunday Communion. The injunction was that you needed to have confessed all outstanding sins on your books before partaking of the flesh and blood of Christ in the form of a miraculously transformed little wafer.

I don’t want to venture too far into the weeds of self-psychoanalysis here but I do think it was my fledgling queer awakening that was at the root of much of my sense of not being worthy to ingest the body and blood of Christ. It would of course attract much unwanted attention from family and fellow parishioners when I would not go up for Communion many Sunday mornings. My parents were aware of my ongoing angst and my dad even tried to address it one evening in a car ride we took together. In hindsight this was a very loving gesture but tended mostly to cement even further that there was something different about me. I now am reminded of a favorite caveat from Harry Hay one where he would say that straight fathers could smell a gay son. We actually smelled different was his conversation evoking meme. Perhaps my dad smelled something distinctly different about me.

My mental and physical agitation around trying to be the “best little boy in the world” would often take the form of behaviors now easily labeled as an obsessive-compulsive disorder (OCD). My actions were called “scrupulous” at the time and though I am not sure of this I think the parish priest reassured my parents that I would outgrow it. My OCD was of course really the result of buying into the Catholic Religion and its not so subtle forms of child abuse and trying I thought to respond appropriately. I am not referring to the really rarer than you might think forms of overt pedophilia some clergy excelled in but rather I feel the much more widespread, serious and damaging psychological terror inflicted by the relentless indoctrination. Applying the word ‘scrupulous’ to me was of course incorrect. The correct word to use would have been “temperamental” a code word for a gay fellow in the 1950’s. Is he ‘temperamental’ men would ask of one another when discretion was appropriate? 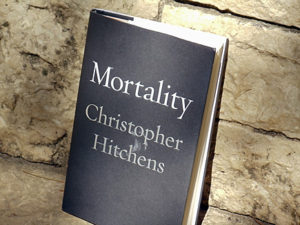 The Baltimore Catechism to call attention to one such codified bunch of superstitious baloney from my childhood was a daily part of our school lives. This catechism was a set of questions and of course the absolutely correct answers, which we were repeatedly, told we needed to accept on Faith. Talk about a recipe for mental strife if ever one existed particularly those who are not prone to being comfortable with simply being a quiescent blob of protoplasm. It is I now feel one of the worst forms of child abuse to begin fostering on young innocent emerging minds while still at their mothers breast that they are sinners right out of the box and in need of salvation. Later on in one who is beginning to sense a profound difference from all those he encounters around him this can be quite the obstacle to overcome! A brief quote here from the late Christopher Hitchens on “Faith”:
“ Faith is the surrender of the mind, it’s the surrender of reason, it’s the surrender of the only thing that makes us different from other animals.”

So my letter to myself at this time in my life of great mental turmoil would really just be advice to hang in there and it will get better. In a few short years you will run into a nun who will challenge many of your most firmly held beliefs on how the world really works. You also will meet and begin having an ongoing sexual relationship with one of your high school teachers and the first such episode will be on a dissecting table in the school biology lab with Jesus looking down from a crucifix right behind you. Wow, did it ever get better.