My experiences with mushrooms have been varied over the years and for the most part quite wonderful with one exception, which I will address further on. I love to cook with them and in the past thirty years my use of these wonderful and diverse fungi has been limited to those legally sold in supermarkets or a couple edible varieties found in the foothills near Denver. The types I have harvested mostly in the hills surrounding South Park have been a variety of Boletes and the sinfully delicious Morels or as we called them when I was growing up in rural Indiana “sponge” mushrooms. Morels in particular are often found in burn areas the year following the blaze and occasionally in the caterpillar tracks left from post-fire cleanup. 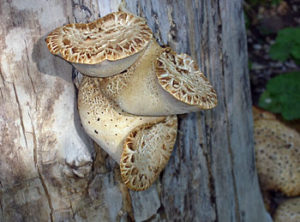 My childhood contact with mushrooms outside of Campbell’s Cream of Mushroom soup in a green bean casserole almost exclusively served at Thanksgiving was nonexistent until in my early teens when I started mushroom hunting with one of my uncles. Our trips to the woods looking for these delicacies happened in the spring and the morels we most often found were growing under small shrub-like plants called May Apples. We also harvested in much larger quantities something we called a button mushroom from decaying logs, these may actually have been a forest Bolete of some sort. My uncle would sauté the button mushrooms in butter and serve them in heaping piles on toast. In the interest of full disclosure these mushrooms were fried rather than sautéed, trust me nothing was sautéed in rural Indiana in the 1950’s. The morels were again lightly fried in butter and served alone. Their earthy and very funky taste would later in life come to mind when sampling certain varieties of semen.

Probably my most noticeable and life impacting mushroom experience though involved what most, myself included, would call a bad trip, though in hindsight with a bit of historical revision might be described as a prophetic visionary experience. Needless to say this trip did not occur as the result of eating the buttons and morels of my childhood. Rather it happened in the fall of 1979 with a variety of homegrown psilocybin or as they were known at the time “magic” mushrooms. I was no stranger to hallucinogens by this time in my life and had used mushrooms to very positive effect on numerous occasions though LSD was always my drug of choice. I was perhaps initially drawn to hallucinogenic mushrooms through the music and iconic art of the Allman Brothers Band- sorry, no, not the Grateful Dead.

This adventure also involved the Empire Baths, now known as the Denver Swim Club, and a rather torrid, at least in my own mind, affair with a very sweet, straight-acting Mormon, local emergency room doctor. I had met this man at one of the queer health care provider support groups popular at the time. I am still not sure what my attraction was to this guy but it was consuming. He was my own age and I strongly preferred older men. He was very conservative around things queer, into electronic disco music and in many ways still tied deeply to his large Utah-based Mormon family. There was some reciprocal interest on his part I suppose perhaps an attraction to the exotic, me being a queer rolling in things radical fairie and addicted to the music of the Grateful Dead while living with numerous other eccentric types in a communal situation. It certainly wasn’t the sex, which was mediocre at its infrequent best.

I’ll refer to him here as Hank since he remained tied to those Mormon roots until the time of his AIDS related death in 1991. His death was attributed to cancer on the death certificate I was told by his twink lover at the time and not HIV. I am cognizant after all that the big NSA spy building nearing completion is in Utah and though I expect my hum drum and really boring life is not of much interest to our homegrown extensive International spy apparatus I would not want to risk causing any existential anguish to his large and I am sure still very Mormon family in some indirect and convoluted way.

Hank’s drug of choice was always pure pharmaceutical grade cocaine and snorted in large quantities. A drug I never appreciated, I mean really where was the bang for the buck. Though I must say there was a time or two with another lover who would fuck me with powdered coke under his foreskin that I do have rather fond memories of. This was of course a bit selfish I suppose on my part since the head of his penis would get very numb while I got off a bit high.

Where Hank’s interest in psilocybin came from I am not sure but he became obsessed with growing them in his small Capitol Hill apartment. The spores were actually available for sale legally in head shops at the time. The spore were inoculated onto sterilized rye in quart size mason jars and then coaxed to grow under artificial light in a warm dark closet in his apartment. A much safer and environmentally friendly endeavor than cooking meth would have been.

After several unsuccessful attempts one of which involved an exploding pressure-cooker being used to sterilize the rye he was able to inoculate the spores into the grain and was able to grow quite a nice large crop. I imagine that apartment may still have remnants of dry rye on the ceiling despite out repeated attempts to get it all off. The harvest was nicely dried in a toaster oven. We never sold any of these but they would make nice stocking stuffers.

Our maiden voyage with these mushrooms was a few weeks before my infamous bathhouse experience and involved a quick trip to the Grand Canyon. There, while hiking to the bottom of the canyon on a full moon night, we nibbled a few each and were as high as kites for the next 24 hours with no sleep that night. We were I think hiking the Bright Angel Trail and our destination was a waterfall that begged for nude moonlight bathing underneath it. Photos were taken but it was only moonlight and we were totally fucked up so little good evidence remains. I relate this merely to establish that the mushrooms were pretty good and not apparently one of the poisonous psilocybin varieties. Our drive back in his little sporty Volkswagen mostly at 100 miles an hour with obnoxious disco music playing was uneventful and for some inexplicable reason I was still very smitten with the guy.

My rather voracious sexual needs at the time were certainly not being met by Hank so a week or so after our return to Denver I decided that a trip to the bathes was in order and it would be nice to do a few shrooms to enhance the whole thing.  Now being at the tubs in an altered state was not new to me though I tended most of the time to be a more utilitarian user often going at noon on no substances whatsoever to catch the butch middle age, often married guys, who could be great sex if the stars were right. I was looking for tops so spreading HIV to unsuspecting suburban women never really entered the picture and of course was not on anyone’s radar at all in 1979.

Shortly after arriving, I had dosed before leaving the house on my bicycle, things started to get strange. And to paraphrase the Grateful Dead things only got stranger as the evening progressed.  Freaking out while tripping was something totally new to me. The bathes were busy that night and the potential ripe for some great fucking. I was quickly over come though with great anxiety and a sense of dread, my death seemed immanent. I left the cozy, moist and sexy confines and ventured outside to the pool. It was a cool night in late October so no one else in his right mind was out there. I of course was not in my right mind and soon felt the concrete gargoyles on the surrounding walls were threatening me and urging me to get out of there as soon as possible or I would surely die.

I left the bath on my bike in a frenzy to get somewhere to tell anyone I was sure I was dying. Long story short I ended up in an Indian boutique on East Colfax where the family running the business was cooking a curry dish in the back. I was unable to eat any sort of curry for years. Things kind of got lost in translation with the proprietors of the shop. How does one say I took a hallucinogenic mushroom, went to a gay bathhouse to fuck and proceeded to freak out? So when they kindly called me an ambulance they related that I had food poisoning from a bad mushroom.

The ambulance drivers soon discerned this was not food poisoning and that I would be OK soon. In fact they offered, since it was apparently a slow night, to take me home and they would love to buy some of these mushrooms from me. I was incredulous at this and insisted on being taken to the nearest E.D.  There I received a lecture from a rather judgmental physician on duty about growing up. I wasn’t sure if the message was to quit taking drugs or quit fucking my brains out in gay bathhouses – probably both.

Dear friends soon rescued me from the E.D. and delivered me safely to my soul mate Don. Don was an expert at helping people calm down in general so he put me in a warm corner with a couple of oranges and told me to peal and eat them and I would soon be OK. About two hours later and only one orange gone I was good enough to leave and head home.

Just to wrap up I did get my bike back the next day from the wonderfully kind folks at the Indian store who kept an eye on it for me. For some inexplicable reason I had been able to securely lock my bike up before entering store and announcing to all that I was about to die. I also have often thought that the Universe aided by a bit of psilocybin was alerting me that night to the impeding AIDS nightmare and that a gay bathhouse even as early as 1979 was not the best place to be, certainly not with one’s legs in the air. I of course did not heed that advice but doubt I was infected at the bathes but rather in the rectory of a Protestant church in Aspen Colorado about a year later but that’s another story.