I was born in the winter of 1949 on a small family farm in northern Indiana to two Irish folks named Ed and Eileen. It was on this farm that I developed my love of gardening. My childhood memories are very good with my parents always providing unconditional positive regard. They did though insist on sacrificing and sent all of us, my four siblings and myself, to Catholic Schools. We went to the Irish school of course named Saint Peter and staffed by Holy Cross nuns in LaPorte, Indiana.

At age 16 we moved up to another farm northwest of Chicago. It was there before leaving for college that two momentous events occurred in my life. The first was my initial sexual experience with a much older man. A very positive experience that lasted several years and set the stage for a wonderful gay life. 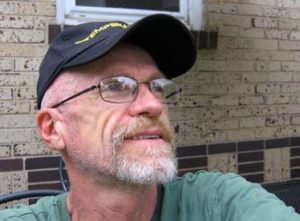 The second was the government class I took as a high school senior from Sister Alberta Marie. This dynamic woman shaped and informed my politics. Her influence has lasted a lifetime. Sister Alberta Marie was always challenging us to look deeper than the evening news and question authority. She arranged for several us to travel to an all Black town in rural Mississippi called Mound Bayou in the Spring of 1967, a life changing experience for a white boy from northern Illinois. We were there about a week and followed folks down there working on literacy campaigns for the poor of the area. (Click here for my talk on the trip in audio.)

I went then off to college in the Fall of 1967 to the University of Illinois where I was very active in the anti-war movement and had the privilege to meet and hang out with Michael Harrington (author of the seminal Poverty in America). He was a visiting professor at the U. of I. at the time. I soon joined the Democratic Socialist Party but was always a lousy dues payer being very poor in those days.

In the late winter of 1972, after five years of study, multiple career major changes and no degree, I left for Denver, Colorado with a group of friends. We moved into a duplex in the 600 block of Elati Street right behind the “new” Denver General Hospital. Several of us got jobs there in the summer of 1973. Strongly influenced by the nurses I worked with on the psychiatric unit I went back to the University of Colorado and received my BSN in nursing in 1978.

Essentially since 1973 I have been in nursing with several decades being in AIDS work.

My politics remain to the left of Fidel Castro and my work with primarily the poorest of the poor in Denver has only solidified my views on social justice.

I had the great fortune to meet, become close to and be very influenced by Harry Hay in 1978. Hay and assorted other Radical Fairies have greatly enriched my life over the years.

I was diagnosed with HIV in July of 1985; though I strongly suspect I was infected in late 1980. Overall I am in good health though the ravages of age and HIV medicines have taken some toll. I am still one fucking lucky guy having enjoyed much of the undeserved privilege that has been part of being a white male in the USA for the past 62 years, albeit a queer one.

My long and current, often solo, Buddhist practice has aided in keeping me sane and I am indebted to many teachers over the years. I was very fortune to meet the loving companion of my life, David Woodyard, in 1980. We were together until his AIDS related death in 1995.

My passions remain cultivating and nurturing good friends, gardening, nursing, progressive politics and of course the music of the Grateful Dead. 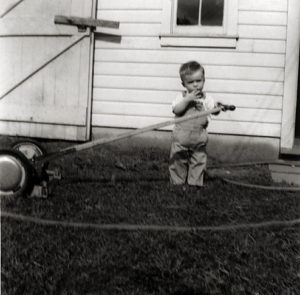 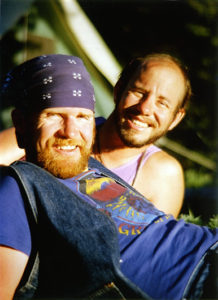 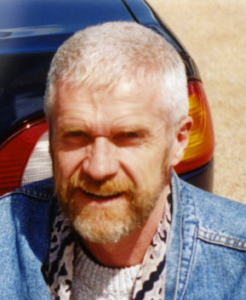 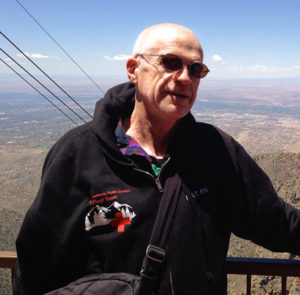