I initially thought this was a topic I had nothing to write on but it did jog my memory about one early teenage outing that did involve going to a summer camp and a few other life events. I really have to try and dust off the cobwebs here but I believe this involved most likely a Church related organized event. It might even have been organized by a group of Catholic Brothers. They would have been one of a couple of orders of Catholic Brothers that I was connected with in my teenage years and early twenties.

I actually toyed with joining one of those religious groups and heading off to convert heathens but after organized trips to West Virginia and inner city Gary Indiana, both areas ripe for “conversuion”, during the summer of 1968, ostensibly to help “poor people”, I gave up on this idea. Also a brief and rather ugly sexual affair with a Gary undercover vice cop that summer and his demented partner kind of soured me on the whole thing. We were staying in a local parish rectory and I never did get a good explanation for undercover queer police and their close relationship with the resident clergy but I guess it makes sense after the fact. But I digress. 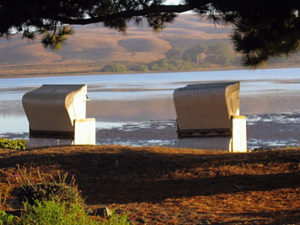 Back to the teen camping trip I was probably 12 or 13 years old and one of my brothers and I, at the strong behest of our parents, attended a long weekend event involving hiking, fishing and crafts as nearly as I can recall. I do remember going into this dreading the whole affair. I was certainly beginning to get in touch with being “other” and the thought of a weekend doing butch stuff with a bunch of butch peers had no appeal at all other than maybe a gang shower or two.

I do recall a couple things from the adventure though. I did win the best camper award (the best little boy in the world you know), which I shared with some other fellow. I think this was related in large part to not being afraid of all the nature we encountered. Many of the participants were city boys and my brother and I of course were rugged farm kids. I think I clinched the award when I was able to show my city brethren how easy it was to dig up earthworms for bait to use in our fishing venture. And as I recall we caught a few of something or the other, most likely not eatable.

I do remember having a crush on the male counselor, a seminarian as I remember, running the show. That I might be a favorite makes sense in retrospect, remember the event was run by a bunch of Catholic seminarians and I was a budding little gay boy. We are able to smell our difference after all. I loved that he would rely on me to help some of the other boys with hook baiting and fire building. I was though profoundly disappointed that I was not asked to shower with my counselor mentor and his colleagues. My pursuit of older men though was to reach fruition a few short years later.

Two other examples of ‘camping in the summer’ in my own past also have come to mind. One involves my first decade in Colorado when the fluid group of people I lived with at various addresses in central Denver would head out of town for frequent long weekends of mountain camping. We had tents, backpacks and sleeping bags, which we packed into our old blue Dodge Dart slant six. Besides the promise of more Grateful Dead concerts the mountains really were the main reason for our move out here form central Illinois in 1972.

These camping trips were always thought to be wonderful experiences despite the fact that we seemed to have a knack for hitting heavy mountain rains on nearly every trip. We never did seem to give up on trying to cook brown rice at 9500 feet in the rain over a smoky fire, smelling of wet wool and patchouli. Mind altering substances were often in play on these adventures and that of that course did not lend itself to outdoor gourmet cooking.

Up until a few years ago I also got into a fair amount of road biking in the mountains. Most often training for organized rides I participated in including Ride the Rockies and several others. I always opted for tent camping on these rides and avoided the motels. Gone however was the wet wool and patchouli oil, replaced with the scent of sunscreen and synthetic stretch biking shorts. Oh, and the food was much better.

I do have a couple of lesbian friends who are enticing me to get back to the mountains at least for the occasional day hike. A pleasant thought free of the grinding work of biking up 10,000 foot passes and no sexual angst and frustration generated by trying to hit the showers at the same time as all those pretty butts who would blow past me up the hills.

Of all the pieces I have written for this group this one has involved the most shall we say “poetic license” and though the details are a bit sketchy and prone to embellishment most or even more of it actually happened.  The ravages of time have blurred so many things!