I have fortunately never really experienced terror certainly not in any sustained fashion. Anxiety about something or the other that progresses to what I guess could be called a ‘panic attack’ has certainly occurred in my life but even that phenomenon is quite rare these days. I am lucky not to be living in Syria today, or a young woman in Afghanistan trying to go to school, a kid trying to play outside in the Yemen countryside with American Drones constantly hovering above or a black teenager on the south side of Chicago simply wanting to walk down the street without getting gunned down.

None of these situations though are anything more than things I read about and they are far from my life. I have had no feelings of terror with any of the current boogeyman-issues like Ebola or Isis. I suppose though I could put myself into a fearful state of agitation if I spent much time thinking about the upcoming senatorial term of Cory Gardner here in Colorado, but he too will eventually go away or quickly fade into irrelevance hopefully.

Being white, male and middleclass in America has many built-in safeguards that make experiencing any terror short or long-lived for me extremely unlikely. The afore mentioned panic attacks I have experienced were in actuality more my own escalating emotional reaction to something that usually could be brought under control by a bit of mindful focus on the moment and a few deep breathes. I have been very lucky in that regard I guess since I do know some people who do suffer from ongoing bouts of near debilitating anxiety. Certainly not a few men and women who have been in combat in our country’s often fabricated wars experience recurrent post-traumatic stress for example.

I am sad though about how much of the terror in the world is fostered and supported by the U.S. government on so many innocents abroad. It must be terrifying in the minutes or just seconds before you become collateral damage from a drone strike. No amount of mindfulness and deep breathing is going to deflect the incoming missile. War is a great source of terror for those experiencing it firsthand and the simple truth is that the U.S. is far and away the largest arms merchant on the planet. A fire always needs fuel.

I am though these days running into folks some of whom are experiencing what I think is real terror in their lives and these are the homeless I work with in my current nursing job. Being homeless is always a scary challenge but all the more so when the temperature outside is below zero and you can’t get to a shelter or refuse to go to one because your mental health issues make being enclosed with a bunch of strangers more anxiety provoking than facing the brutal elements.

A fellow I took care of last week during the coldest of the current polar invasion is a prime example. This guy was very streetwise and as is the case often with the homeless these days was carting and wearing everything he owns.  He was a frail little guy but managed to look twice as big as he actually was because he had no fewer that four large coats on. He unfortunately suffered from a chronic bladder problem, which has resulted in his having an indwelling urinary catheter for over two years. The presenting issue was that he was leaking urine around the catheter and his pants and boots were totally saturated with piss. Now this is something that would be an obnoxious occurrence whenever it might occur but think about trying to sleep outside in 10 degree below weather sopping wet from the waist down and unable to make it stop.

My intervention depended somewhat on where he planned to spend the night with temperatures again forecast for well below zero. He is a fellow well know to the system and having a rather prickly and at times obnoxious, or perhaps just an independent personality he was persona non-grata at several homeless resources, not an easily accomplished record on his part actually but certainly working to his detriment on a cold night.

As it turned out the problem was easily fixed with a bit of catheter irrigation. Like many folks with long-term catheters he had issues with permanent ongoing urinary tract infections with bugs resistant to plutonium including some yeast that could survive a trip to Mars. It was our best guess that these yeasts were what clogged the end of his catheter so it didn’t empty his bladder and the buildup then leaked out the path of least resistance, which was not into his leg bag but rather into his pants, and eventually down into his shoes. 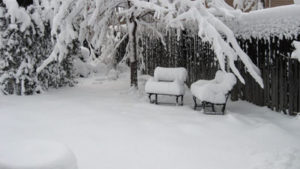 So after fixing the issue, at least for the time being and administering some peanut butter, graham crackers and apple juice and getting a pair of dry pants he was ready to go. He was not going to part with the boots, piss or no piss. I ask if he was going to sleep outside again that night and he said empathically that he was. Always a bit curious about these things I ask where that would be. His response was a bit cagey but rather spot-on I guess when he said it was a “safe but secret place”.

For me personally it would have been terrifying to venture into the cold with wet boots and a catheter in my penis that could get plugged again any time. For this really hearty soul it was just another night and he had only needed help fine-tuning a few things to make it happen and still be around when the sun came up the next morning hopefully terror free.

I have had the privilege of traveling and spending a few weeks in several European cities. Most notably Paris when during a combined stay of over two weeks I only saw one homeless appearing individual begging on the streets and he wasn’t French! I am sure there are many more but I find it depressing that an almost universal observation of European tourists staying at the B&B in San Francisco I help cover is the sheer number of homeless on our streets. They often relate that the homeless problem was so much greater in the U.S. than than they had ever imagined. Actually I suspect they hadn’t even thought of it until confronted around nearly every corner with someone begging with a sign or asleep or passed out on the sidewalk in an area with some of the priciest real estate in the world. Terror inducing maybe not but it is certainly a terribly unnecessary phenomenon in the world’s richest nation. The issue really isn’t a problem with the homeless but rather the society that creates the situation on the scale we see today. That is the real terror.