Over my computer desk where I have written most of the pieces for the SAGE – “Telling my Story Group” is a rather large framed photographic portrait of David Woodyard my loving companion from 1980 until his AIDS and cardiac related death in 1995. He certainly had “full blown” AIDS with zero T-cells and disseminated mycobacterial infection, “MAC” being short hand for this nasty bacterial infection that killed so many in those days. His cardiac condition was also, as we know now, most likely aggravated and accelerated by his HIV infection. In those days folks with single digit T-cells would often joke that they had them named but poor David for the last months of his life didn’t even, as I recall, have one to name.

The large framed photo is of a picture taken just a year or so before his death by a co-worker. He is dressed in professional work drag, suit and tie. The tie appears to be one from the Jerry Garcia line of neckwear that was on the market in those days. Garcia had several ex-wives and kids and now grandkids to support and the booming sale of his ties based on his artwork helped no doubt. The tie was most certainly a gift from me. David had after 15 years come to at least appreciate Garcia’s melodic guitar work if not always the entire ensemble called the Grateful Dead.

At the time of his death David worked in the development department at Children’s Hospital with his office located at the weird intersection of Park Avenue and 17th street kitty corner now from the Dazbog coffee shop. This coffee shop is adjacent to a building that for years in the late seventies and early eighties was home on Saturday nights to the gay coffee house, rather unfortunately I felt, named “John Galt’s”. There has always been for better or worse a bit of a Libertarian streak among some gay men. The dykes were always too smart to buy into any Ayn Rand characters or a space predominantly gay male in nature in those days so there were few women in attendance on any Saturday night.

Despite his significant health issues David was working part-time from home until three days before his death, a feat he very mistakenly attributed to my abilities as his nurse. AIDS dementia was a bullet he thankfully missed.

He died on a brilliant fall morning September 17th, at 0900. I was there for his last breathes having been called back to his hospital room at Rose Medical Center after he became unconscious in the early morning hours. Arriving when he could no longer verbally communicate with me I thought reflected on poor nursing judgment on my part. No matter how grave the situation even hard boiled old nurses think it won’t end for them or their loved ones until we say so, though it often doesn’t work out that way.

Ironically as I type this I am hearing Dylan’s Knockin’ on Heaven’s Door streaming on Pandora, a version by Dylan himself. This is a tune that the Dead frequently covered though they were also out of the picture by the time of David’s death. Jerry Garcia died August 9th, 1995. One of a million loving things David did for me over 15 years was to call me at work to break the news to me that Garcia had died knowing that this would be a big loss but of course nothing compared to loosing him a few short weeks later.

His first memorial service was some weeks later at St. Paul Lutheran Church at the corner of 16th and Grant. We had it there because of the pipe organ and his love for church organ music. David was at the time I met him the Methodist minister in Aspen Colorado. We met through a mutual friend who I was living with at the time in a house up in Five Points. He frequently came to town and stayed at our house mid-week for much-needed Gay R&R.

I was at that time quite the flamboyant queer hippie and engrossed up to my eyelids in helping put on the second Spiritual Gathering for Radical Fairies here in Colorado. I was very busy bouncing off of and entertaining the many eclectic queer personalities involved including Harry Hay, James Broughton and Mitch Walker just to drop a few names.

It was always amazing to me how seamlessly David moved into and became an integral part of my truly exotic gay life at the time. He was always much better than I at adapting to and finding common ground with many very different trips. He was a great teacher for me in that way. I learned to be much more tolerant and accepting of many things I had previously been inclined to cavalierly dismiss.

A small core group of friends had a second memorial that following March out in San Francisco a city we both loved very much. Good bits of his ashes reside in Muir Woods.

He was a great collector of things and an accomplished stain glass artist. I am to this day, seventeen years later, still dispersing his estate most often to close mutual friends! I was able early on though to send off to his rather homophobic sister in Omaha his beloved 12 place setting of bone white Havilland China and of course all the bowls, gravy boats and platters that matched. This was at her request. One lesson I really learned after David’s death was that you could collect an amazing amount of stuff that is absolutely no longer of use to you when you are dead.

I had nightmares for several years, or perhaps they were truly visits from beyond the grave, where he would grill me all night long on why I was giving certain things to certain people. There are of course a few very precious objects to me that will need to be dispersed by my friends after my death including two stain glass pieces one depicting the iconic Grateful Dead Steel Your Face Skull and the other of our first two cats T’ai and Yoda playfully pawing up at a crystal strategically placed in the middle of the piece. 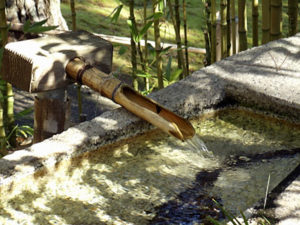 Also the now tattered purple batik shawl I purchased from some vendor at a Dead show that resides on my rocking chair.  I would cover David with this shawl when we were lying in bed together and were having a particularly hard time controlling his pain in those last days. He once said how comforting it was to have it around him. His pain as it turns out was most likely from infracting bowel (one of the worst pains possible) and it was this uncontrolled pain that took him back to Rose Hospital that last time. The old nurse was unable to get the pain under control with what was officially prescribed in addition to what friends connected with the PWA coalition were delivering clandestinely.

Oh and of course there is the portrait smiling down on my computer station that I still look up at frequently and to this day very often tearfully say: “I miss you”.